The League of Women Voters of Central New Mexico will hold a lunch meeting on Thursday, June 13 at Embassy Suites to hear a panel discussion on the changing economic picture in the state.

Governor Lujan Grisham signed 2019 legislation that is introducing new and reemerging economy sectors to New Mexico.  For example, The Energy Transition Act (SB 489) will help usher renewable energy operations in the state that will transition how the state collects, uses, and stores energy.  The Hemp Manufacturing Act (HB 581) is going to help new NM entrepreneurs.  Some have already started their hemp crops.

The LWVCNM is pleased to welcome the following panelists to guide us through this timely discussion and field questions from attendees.

Mr. T. J. Cook is the Executive Director of ABQid, Inc.   He helps early-stage companies with high growth potential accelerate traction through knowledge, resources, and connectivity with seed capital.  He served as CEO of CauseLabs, a certified Benefit Corporation and helped to design a rapid approach to problem solving that launched more than 100 digital solutions for companies like LEGO and IDEO. He sits on the board of ABQid, Conveners.org, and The Grants Collective, and advises aspiring entrepreneurs of all ages in order to help them accelerate their impact.  T. J. earned his BA at UNM and taught at Del Norte and Manzano high schools. Mr. Cook will contribute as a panelist and serve as our moderator for the June luncheon. 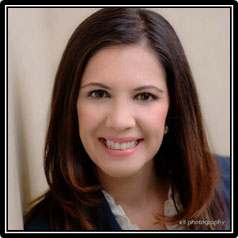 Ms. Terri Nikole Baca is president of AT&T New Mexico.  She will share with attendees how recently approved legislation will influence technology business sectors in the state.  In her role as state president, she leads all external, government and public affairs efforts in NM, focused on supporting infrastructure investment and community engagement statewide. Previously, she served as senior vice president at the Greater Albuquerque Chamber of Commerce, a policy director for a national education nonprofit, and spent several years on Capitol Hill serving as legislative counsel to U.S. Congressman Ben Ray Luján where she worked on telecommunications, energy, science, technology, and education issues. Baca is from Albuquerque and attended UNM for her BBA in Finance and a Juris Doctor from UNM School of Law. 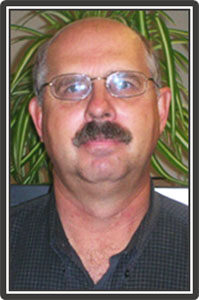 Mr. Brad Lewis holds dual appointments with New Mexico State University, where he also earned his BS and MS degrees.  Under his faculty appointment, he conducts research in the field of economic entomology, and has taught a number of graduate and undergraduate classes for the Department of Entomology, Plant Pathology and Weed Science.  He is a recognized expert in pest management, pesticides, insects, cotton, and small grains. He is a Division Director for New Mexico Department of Agriculture with responsibilities including NM hemp regulations.

Ms. Galina Kofchock is owner and CFO at OE Solar, which is headquartered in Albuquerque.  She is a cofounder of the company and has played an active role in the business success for the last 10 years.  Her background in design has lead the company to produce solar projects that have gained national attention for their functionality and aesthetically pleasing architecture. Ms. Kofchock also currently sits on the Board of REIA, Renewable Energy Industry Association of NM and is the current Vice President of the Association. She earned her BFAs at Temple University and The University of Arizona.

Pattern Development is establishing itself as a leader in wind energy for NM.  It has developed, financed, and implemented more than 4,500 MW of wind and solar power projects.  In October 2018, the NM Public Regulation Commission voted and approved the location control permit for Pattern and construction can begin on ~950 wind turbines, which will produce 2,200 MW of renewable power.  The Corona Wind Projects will support over a thousand construction jobs for New Mexicans and 100+ jobs once complete.  This project is expected to be in operation in late 2020.  It has offices in Albuquerque, Santa Fe, San Francisco, San Diego, Houston, New York, Toronto, Mexico City, & Tokyo.

The League office will be CLOSED until further notice, due to COVID-19. Emails and phone messages are being checked regularly.