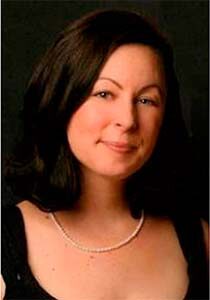 Here is your chance to learn more about the November election. Albuquerque City Clerk Katy Duhigg will be our featured speaker at the monthly luncheon of the League of Women Voters of Central New Mexico on Thursday, July 11 at 11:45 a.m. at Embassy Suites Hotel.

The Local Election Act has transformed the timing and administration of local elections in New Mexico. Instead of voting in October, March, or February, voters be selecting local officials in municipalities which have opted into the LEA this November 5.

Likewise, other bodies such as the Albuquerque Public Schools Board will be selected in the November election. City and APS bond issues and other issues placed on the ballot will also be on the November election. This has dramatically changed the role of the city clerk in local elections. Come and hear Katy Duhigg talk about these changes as well as about the campaign financing rules that are in place for Albuquerque city council candidates.

The League office does not have regular office hours.  Your input, questions and comments are important to us.  Emails and phone messages are being checked regularly.